Named after Sir Stamford Raffles its founder, Raffles Singapore was built 125 years ago. It has since been the haunt of business tycoons, the great and the good, rogues, adventurers, politicians, movie stars, authors and journalists.

Visiting writers have included Rudyard Kipling, Somerset Maugham and Noel Coward. A host of foreign correspondents have written the stories and legends, fact and fiction which have clung to the hotel ever since. Through their stories, the Long Bar, the Palm Court and the Bar & Billiard Room with its tiger, became familiar to people who had never even been to Singapore. Today these stories remain and are relished, but time has not been allowed to stand still at Raffles.

Want to find out more? 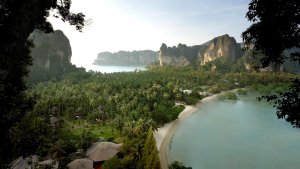 A jewel in the centre of the stunning Phranang Peninsula…